“Very old Town”, whose foundation is even attributed to Saturn, Sutri had a great development in the Etruscan period, representing together with the nearby Nepi the “door of Etruria” for the Roman conquest. 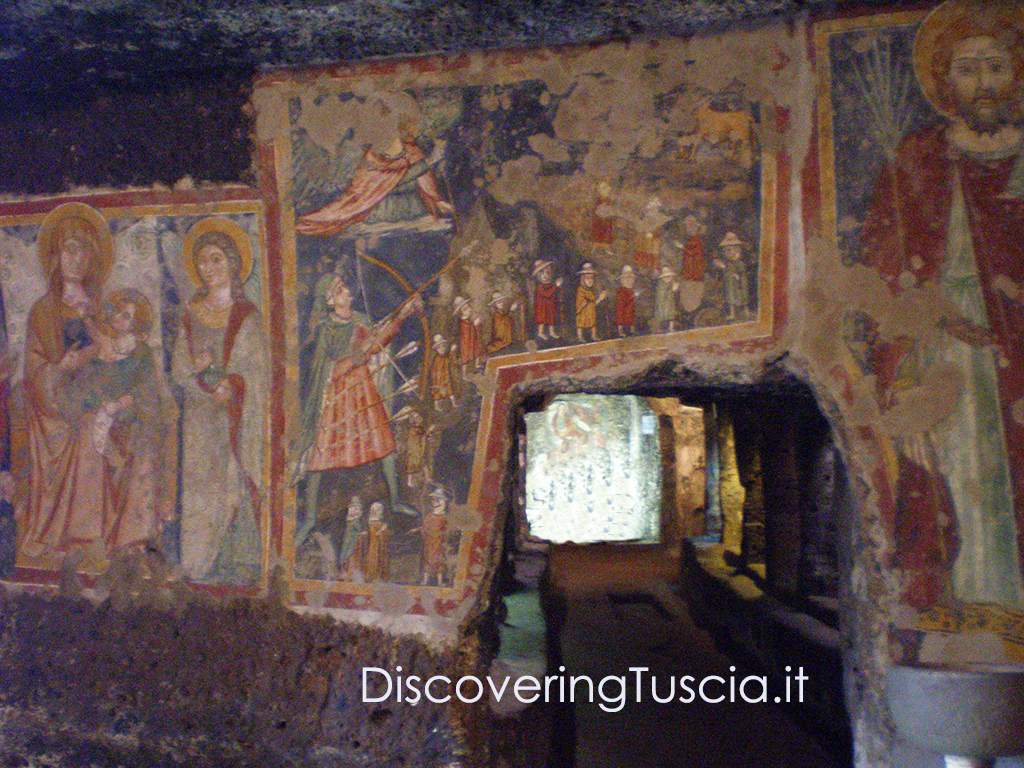 During the Roman domination, thanks to its location on the Via Cassia, it became a flourishing agricultural and commercial center, with villas, entertainment places and necropolis. In 728 a.D., after the famous donation of Sutri by the Lombard king Liutprand, Sutri became the first possession of the Roman Church and was a resting place along the Via Francigena, with its hostels and the shops at the service of pilgrims going to Rome.

To give testimony of this famous past they remain today the Roman amphitheater, the mithraeum, the monumental necropolis, and the picturesque old town, with the square that follows the ancient Roman forum and the Cathedral, which still has a beautiful Cosmati romanesque pavement and a crypt.

Do not waste time then, contact me and let’s go together to visit Sutri.

You can match the visit of Sutri to that of the FarnesePalace of Caprarola, the small town of Nepi, or the Palazzo Altieri of Oriolo Romano, maybe after a nice lunch in one of the many restaurants offering delicious local cuisine.