This little gem, often left out of the usual tourist itineraries of Tuscia, fits fully within the palace-villas that arose in the current province of Viterbo in the second half of the sixteenth century. 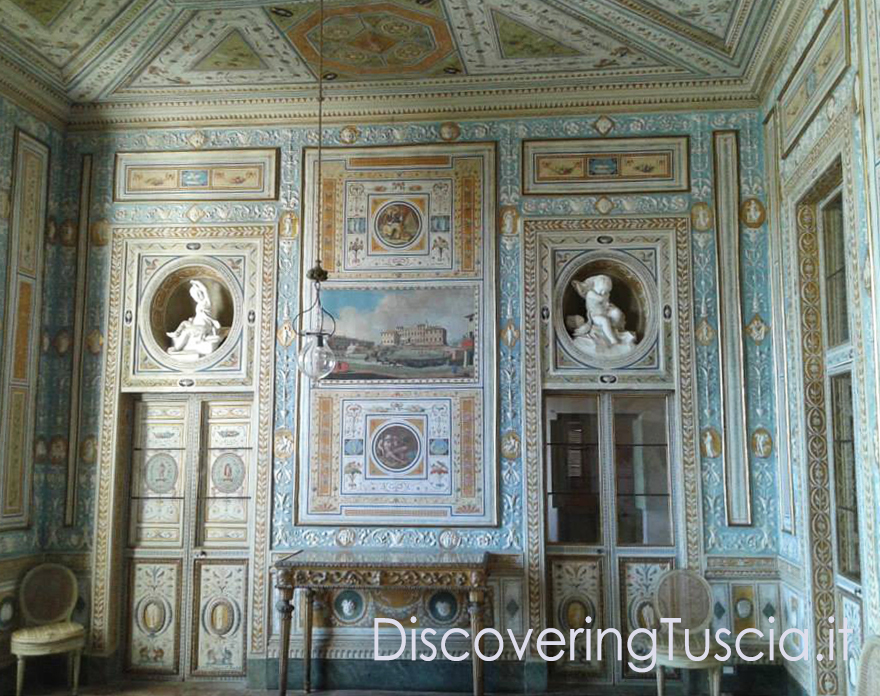 It overlooks the small square of Oriolo Romano, a picturesque village founded by George III Santacroce with the intention of creating an ideal city. His work was continued by his son Onofrio, who turned the building created by his father into a noble villa, commissioning to the painter Giovanni Baglione superb frescoes depicting episodes from the Old Testament.

The palace then passed for a period to the Orsini family, and was bought in 1671 by Pope Clement X who, assisted by Cardinal Scipione Paluzzo Paluzzi of Albertoni Altieri, did make significant changes. During the Altieri period dates the dining room in the neoclassical style and the gallery of the Popes were realized. In this last you can admire one of the few existing collections of portraits of all the popes from St. Peter to the present day. 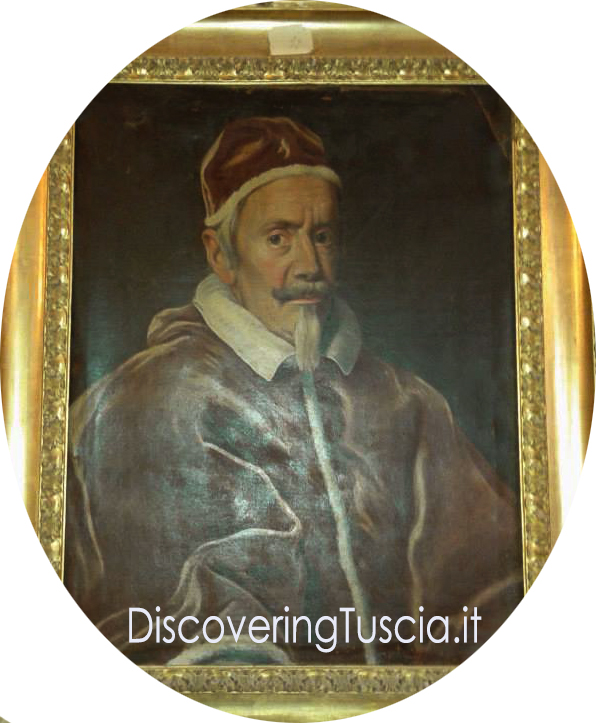 The visit of the Altieri palace can be combined to that of the nearby ruins of ancient Monterano, born on a site of previous Etruscan and Roman settlements, and designed on commission Altieri by Gian Lorenzo Bernini. The ruins are inside the Regional Natural Reserve Monterano, in a fascinating blend of nature and architecture.